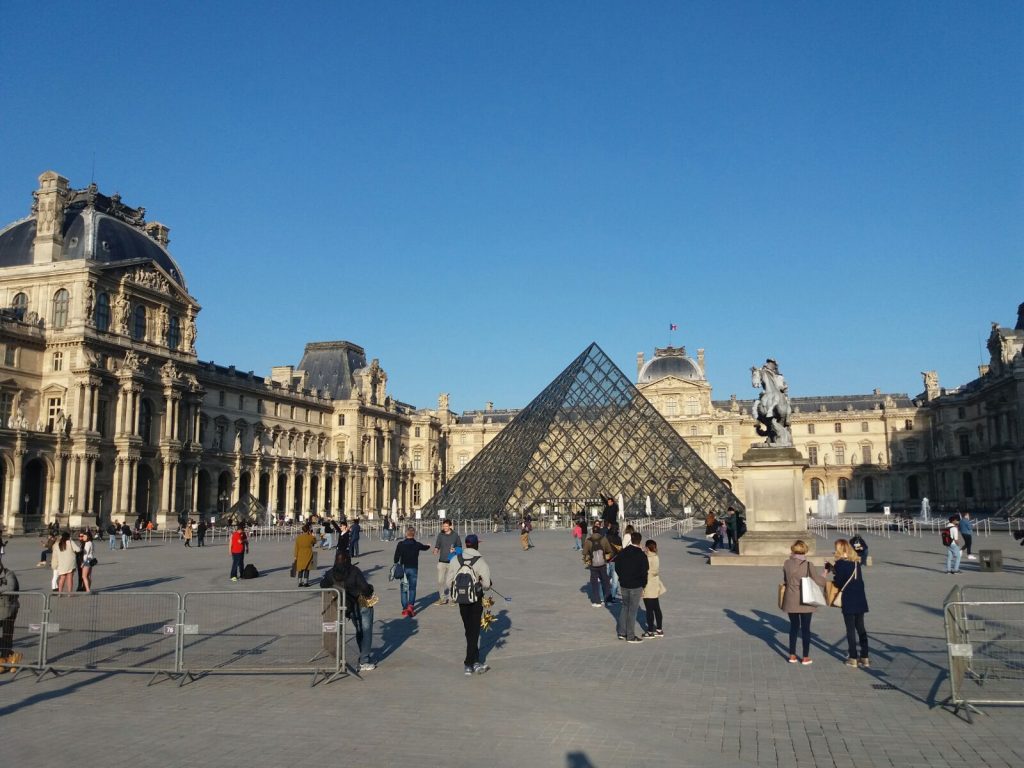 Paris Louvre & Pyramids where  E. Macron will celebrate  his win – if elected President of France on May 7, 2017 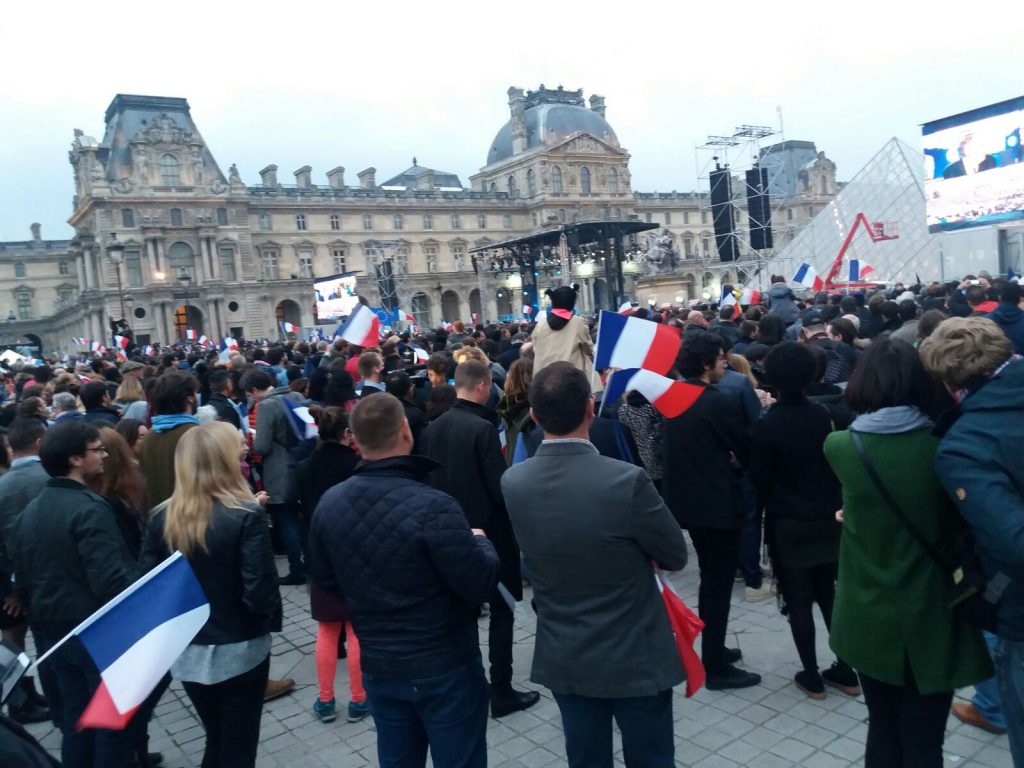 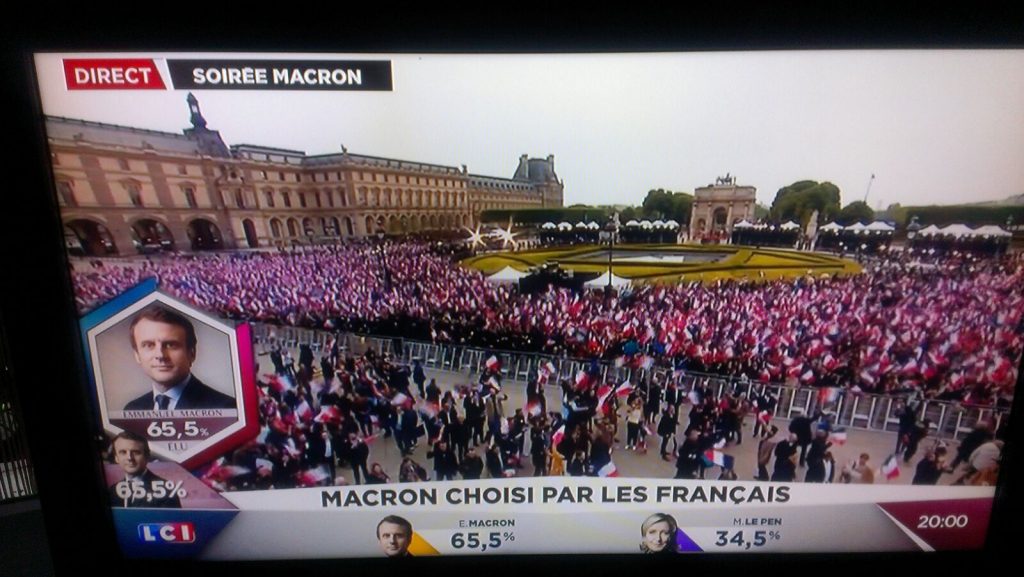 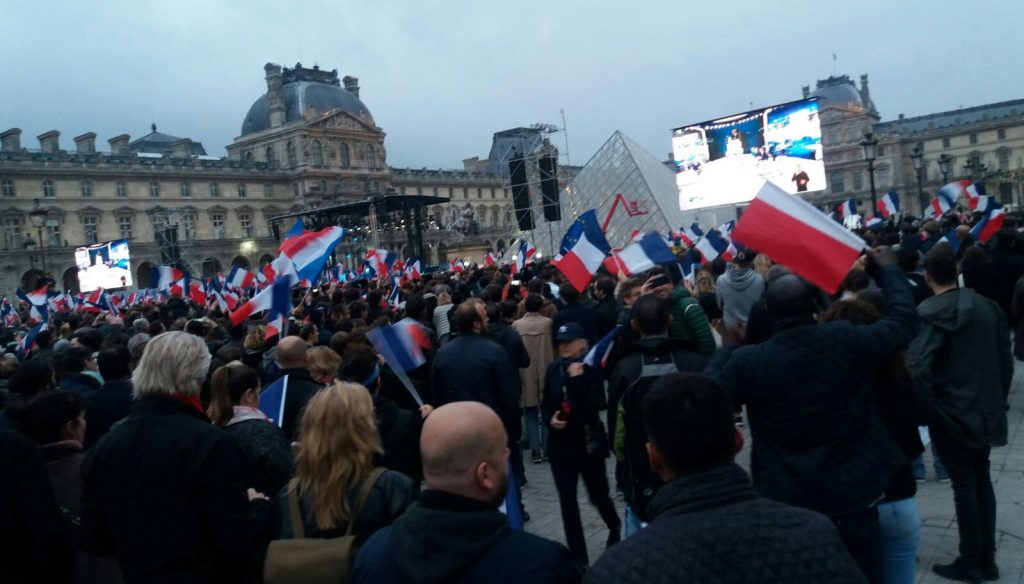 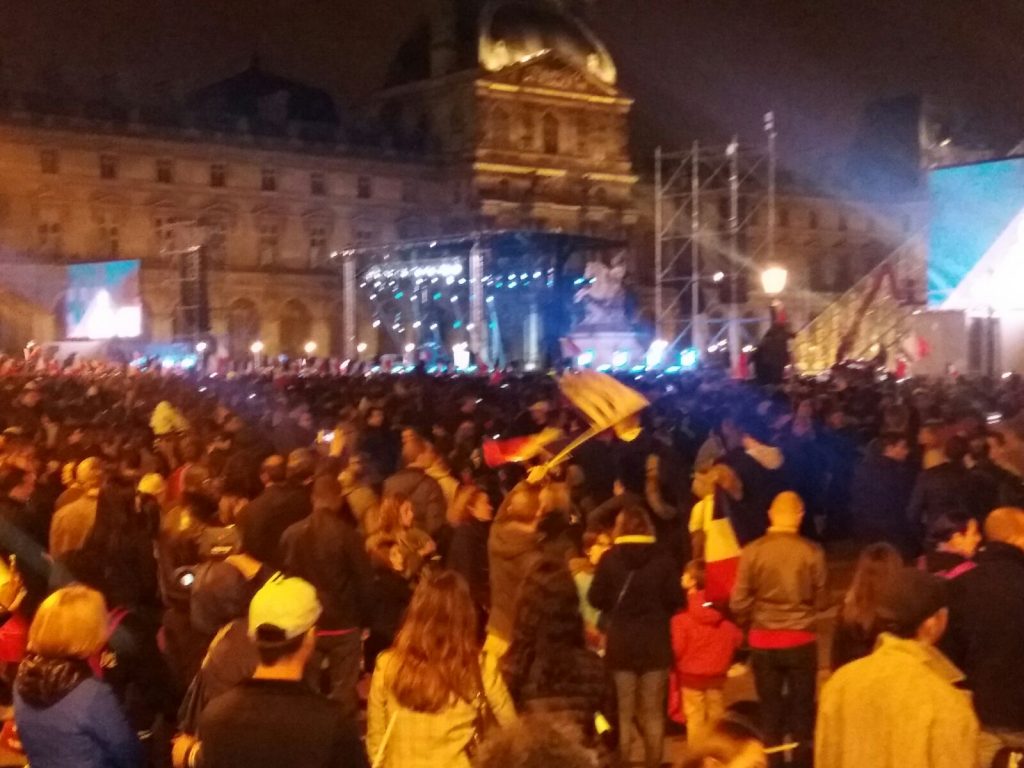 Momentum 10.23pm. Paris Louvre. Thousands of people listening to Beethoven’s “Ode of Joy”and watching on the screen  President elect E. Macron marching past the pyramids of Louvre. May 7, 2017

Momentum 10.25pm. Paris Louvre. When  President elect of France is arriving in front of the people sharing his historic victory: “Merci, mes amis d’etre la”. ‘Thank you my friends for being here! When one was said that would be impossible, I replied  that one does not know France enough!”. The speech of the  youngest French President. May7, 2017