Paris #Marathon 2016 eve was rainy and windy. ‘What a pity for the long-distance runners!’ I thought.  When your mindset is to #run and run and run and reach the final line, having rain water pouring into your running shoes is not such a  pleasure, is it? 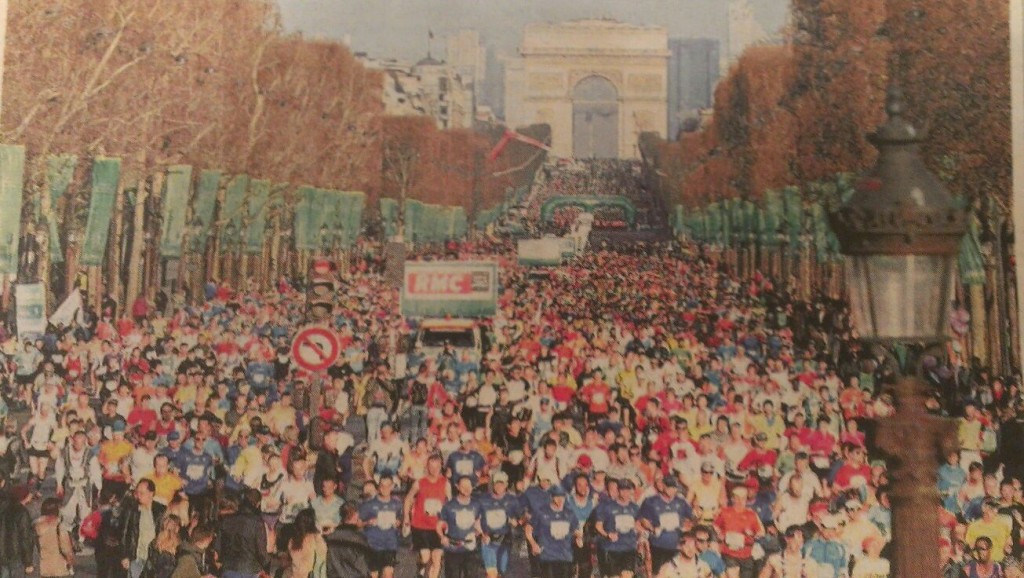 However, the  #Universe had prepared a different Marathon Sunday in Paris, not only -to allow all the 43 317 athletes  ( 160 nationalities) to feel  the soreness of their back and  feet- but also to  encourage them throughout  the legendary 42, 195 km ,with  sunny- bright sky!

From west –side — #ChampsElysees avenue Start  to the east side of Paris,   Bois de Vincennes, back to the west , along river Seine -to the Bois de Boulogne, and again to the east  – #FINISH on Foch Avenue (just by #arcdetriomphe ),  the 40th anniversary of the Parisian athletic event, with  the sportive women and men of all ages/ skin color/ religions and cultures boosted by  their  husbands/ wives/ kids/ parents/ friends/ colleagues/ companions/neighbors and fans, can be described as being a great victory for the city of Paris 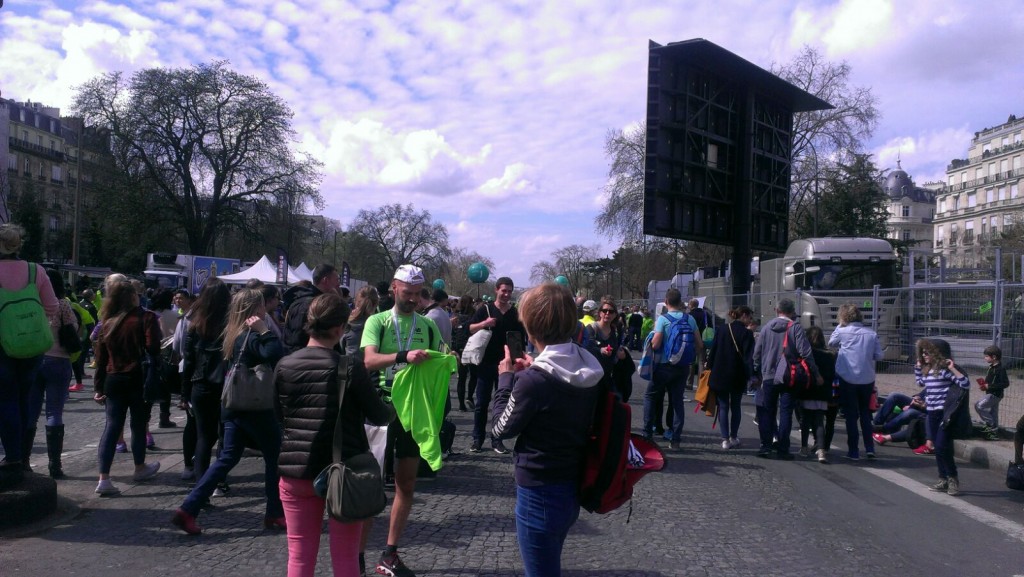 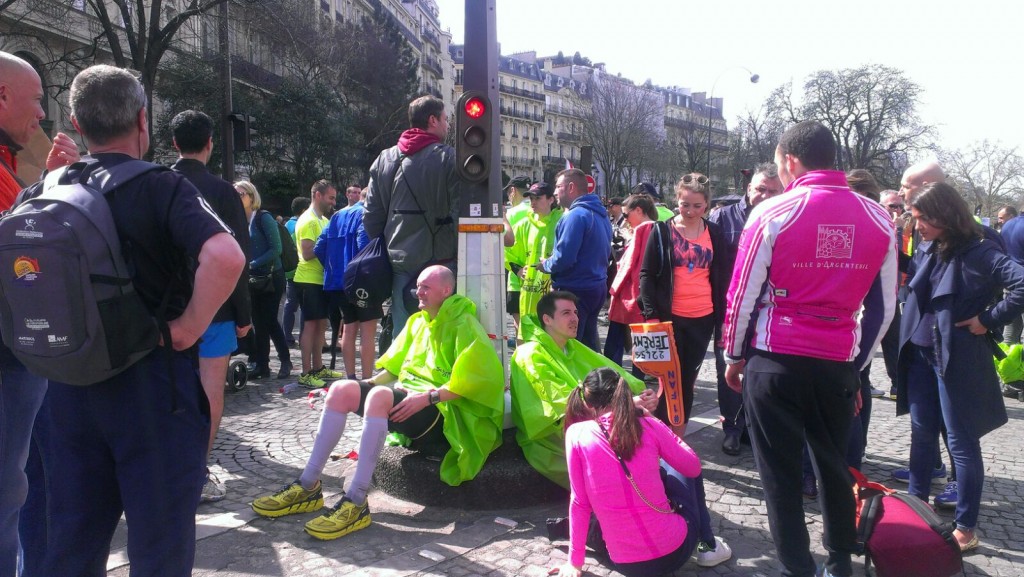 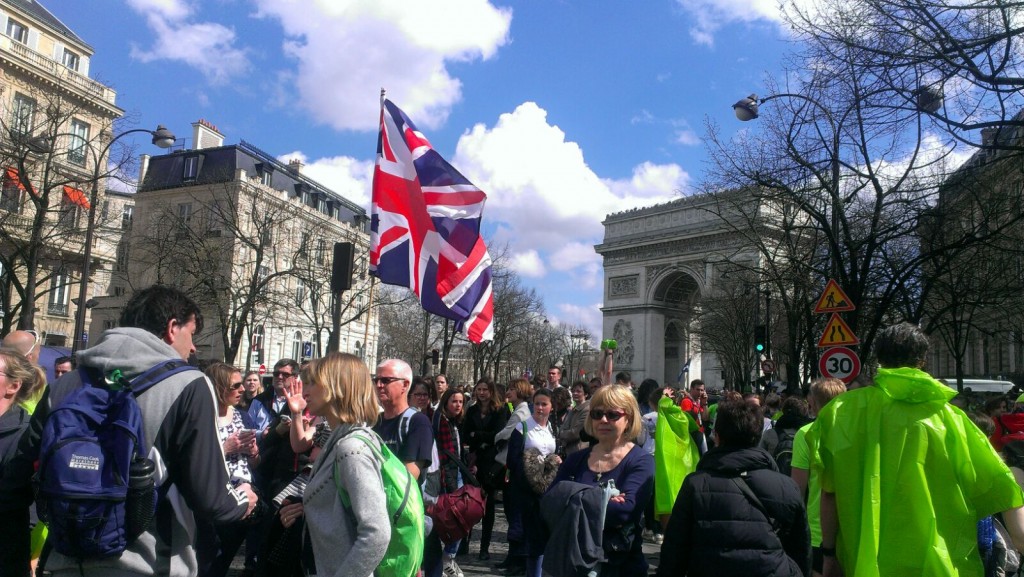 Yet, the  Winner was Every runner who had in mind one big thing: to succeed in crossing the Finish line. All these marvelous athletic runners, wearing a Green T-shirt and a symbolic #medal, rewarding physical and mental effort, #determination, long- steady #training hours, #endurance, #passion deserve our full admiration! 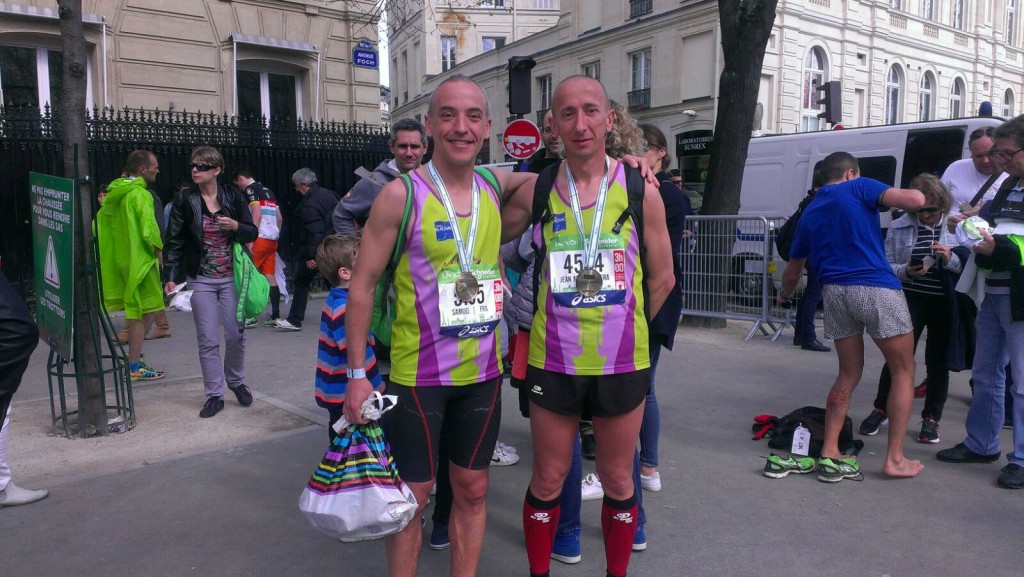 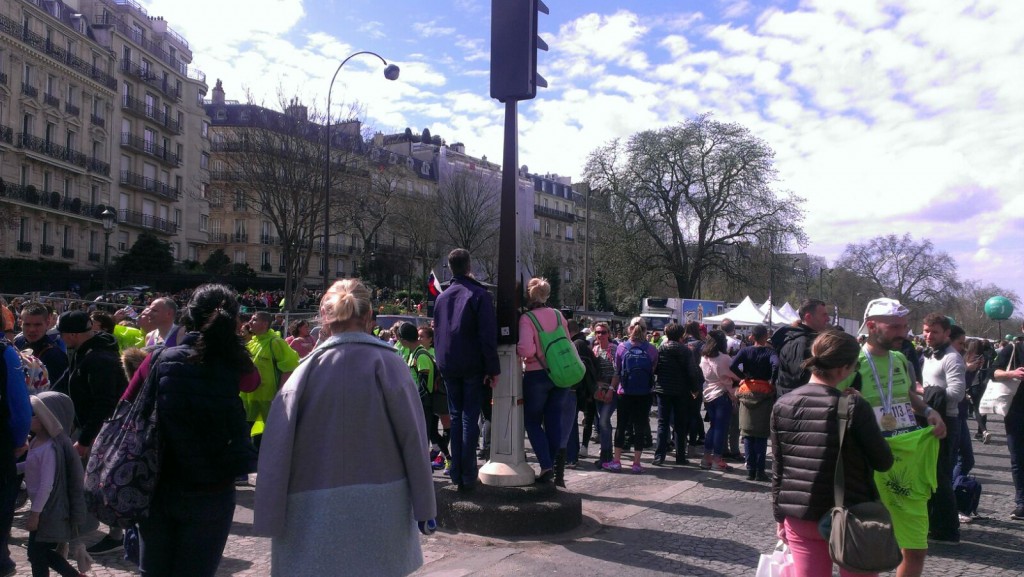 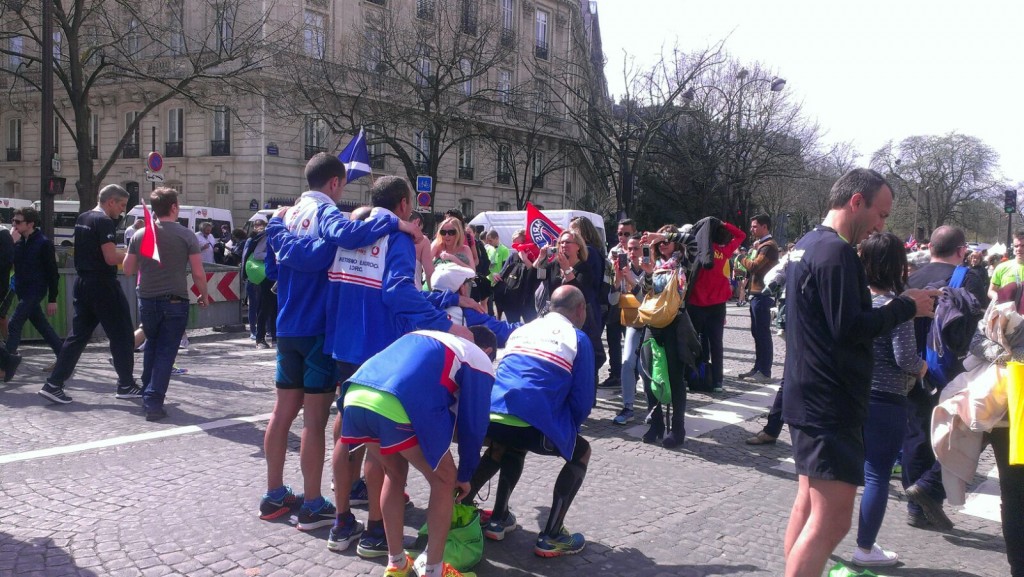 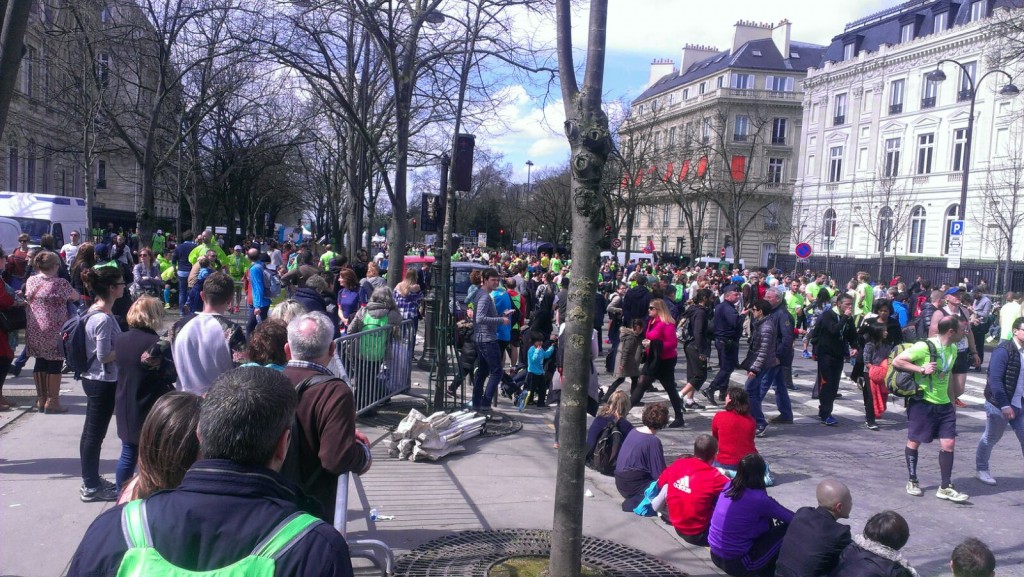 Walking among the athletes and their fans in the Triumph Arch area,  I could catch on my camera the immense #satisfaction on their fatigued faces, the warm welcome of all those who accompanied their favorites  or the solitude of a runner even after the race… but happy and delighted. 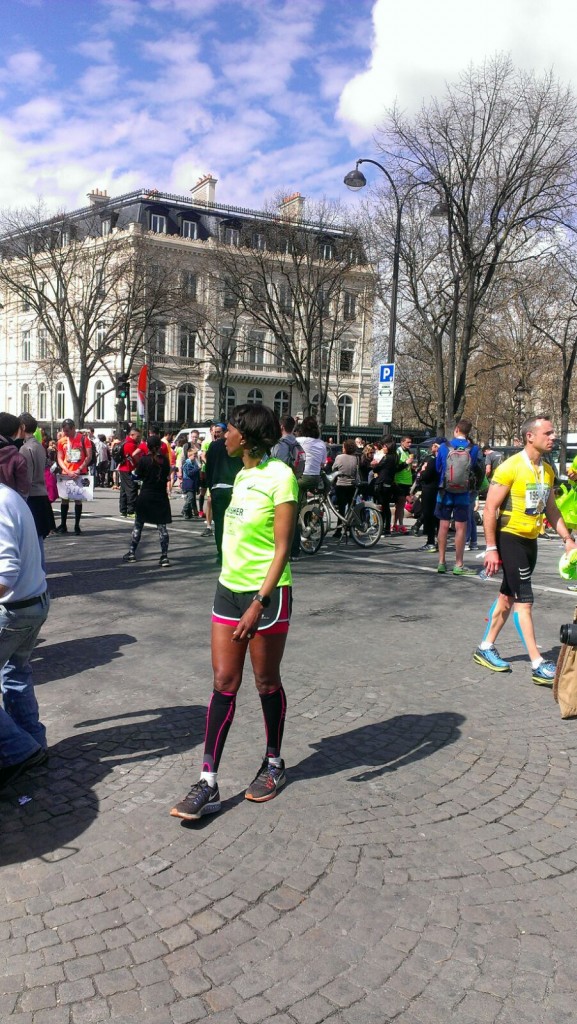 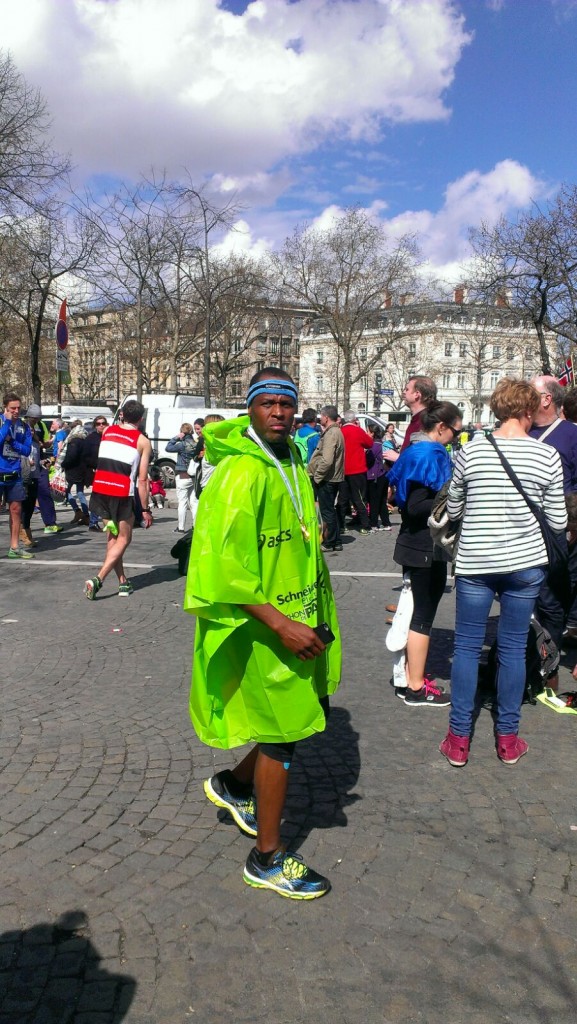 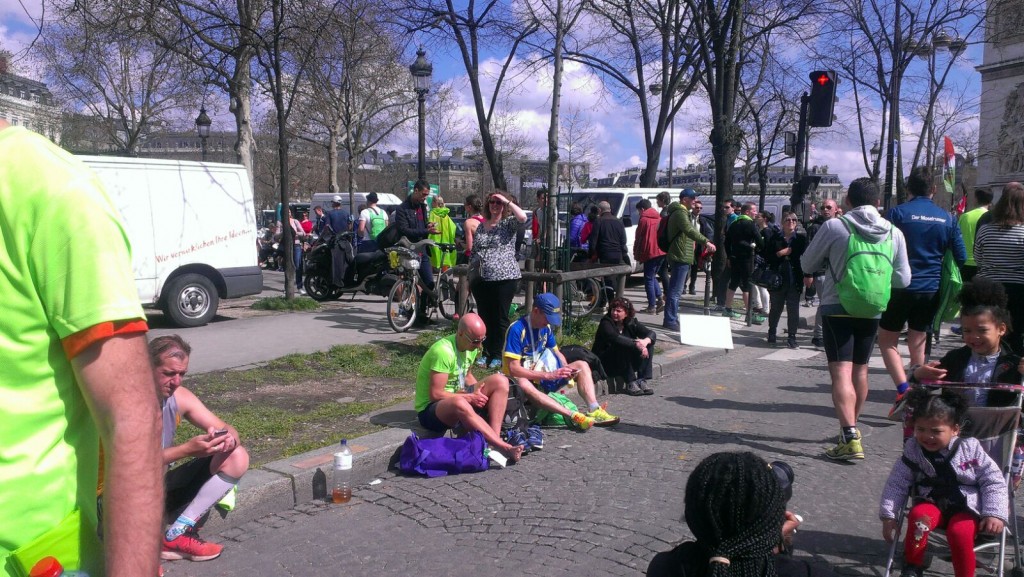 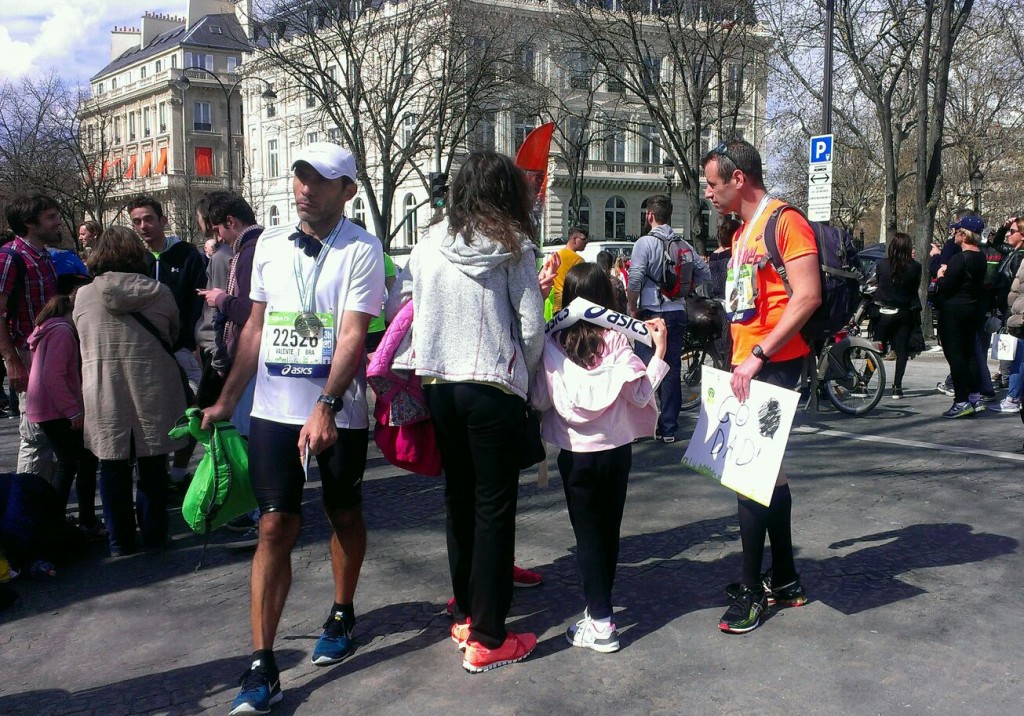 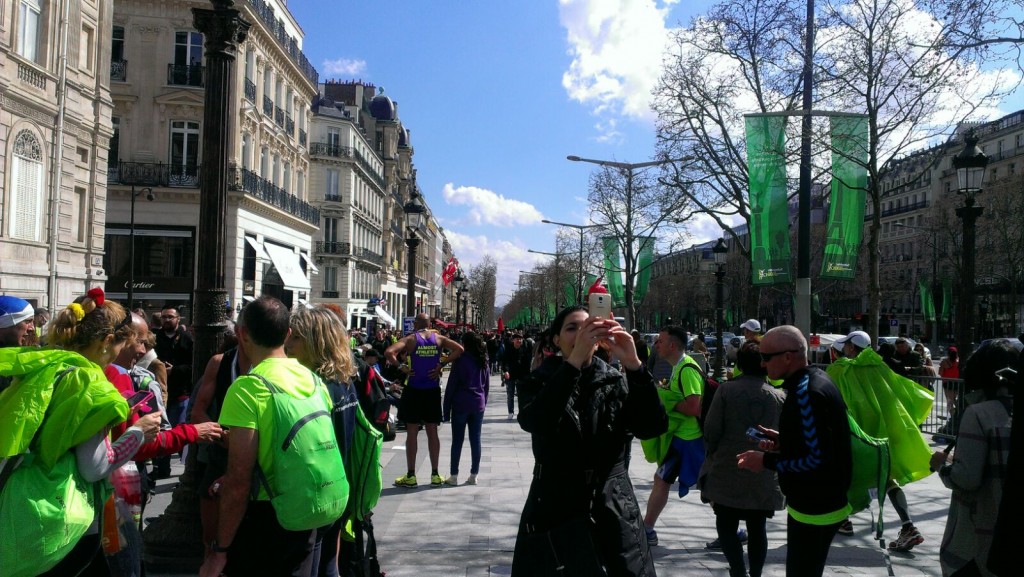 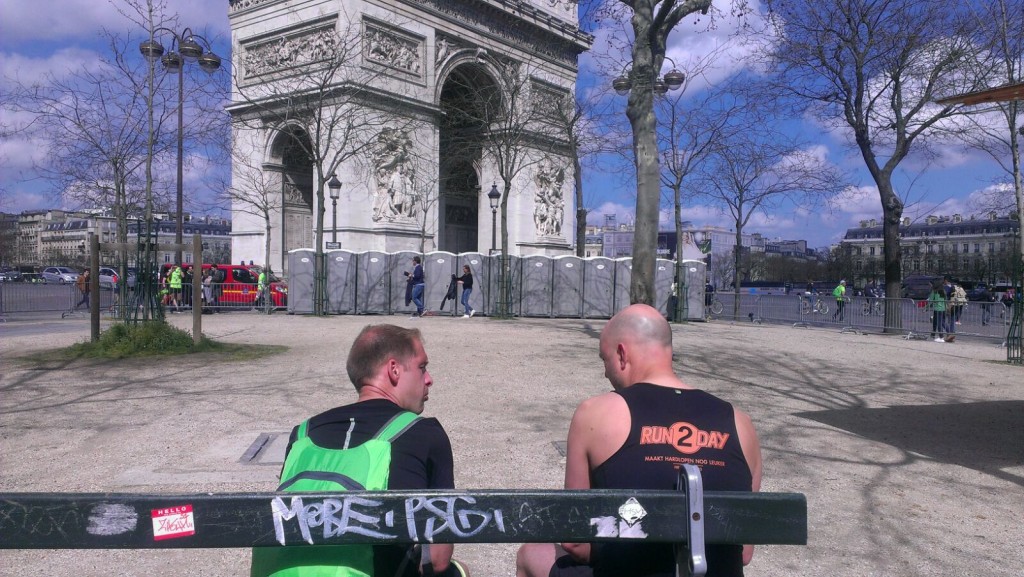 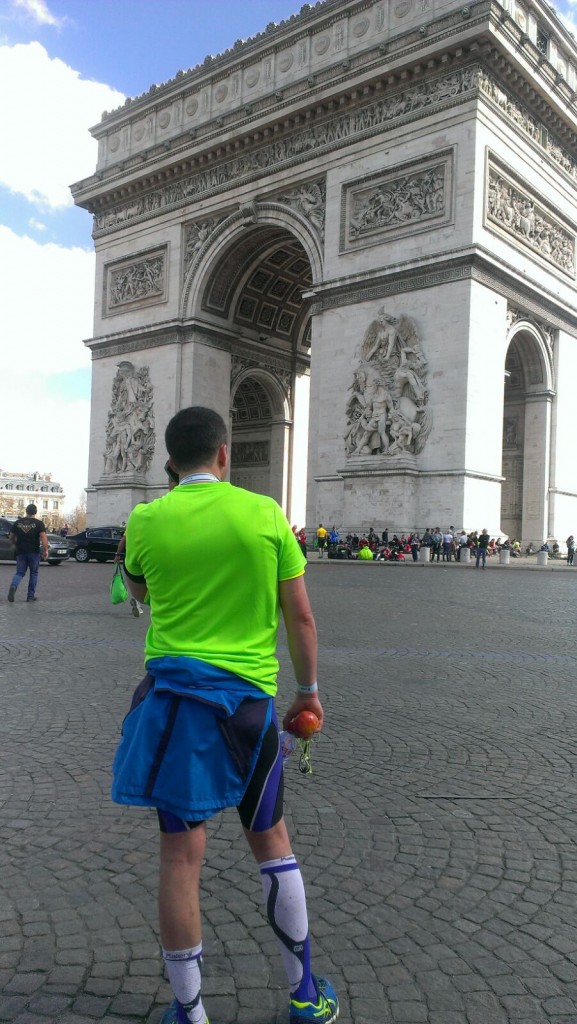 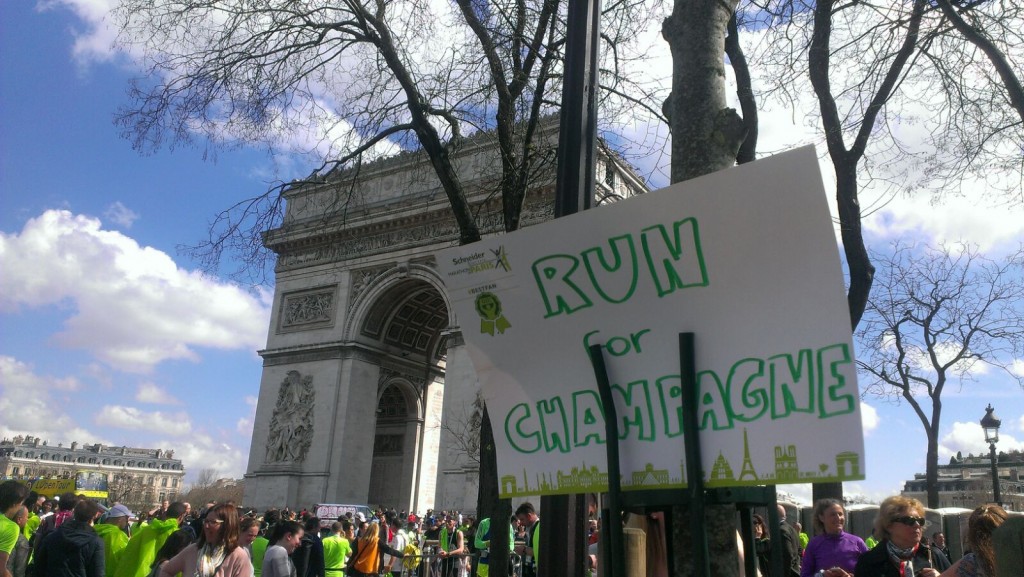